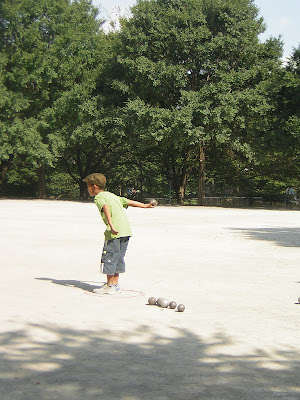 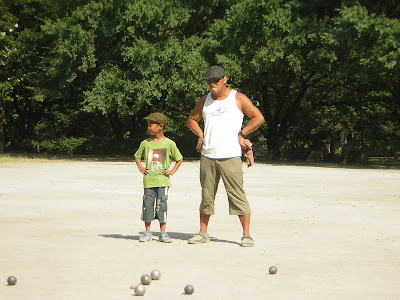 Veteran 6-year-old petanque player Jay Okawa (yes that's right, SIX!) came of age in the Tokyo Petanque League on Sunday, Sept. 5, teaming up with his dynamic dad to stave off defeat against the HSPC boys, or to pinpoint the blame a bit more precisely, Chris and ... er ... Greg.

With some precise pointing, and hot shooting, Jay and dad won the last game 13-4 to split the honors on the day.

Well done to the Okawas and their team in earning a 5-5 draw. Something tells me I'll be losing a few more games to Jay in the future ...

Full results can be found on the TPL site. 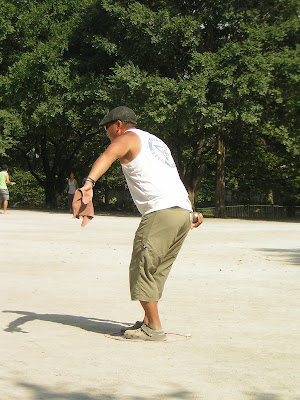 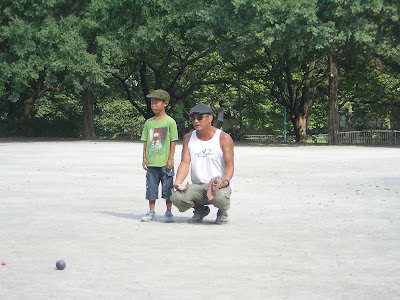 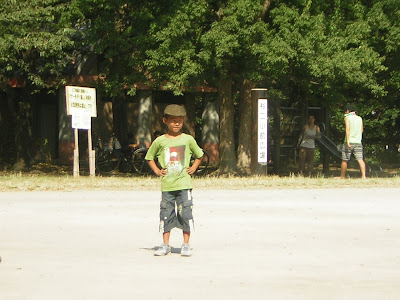 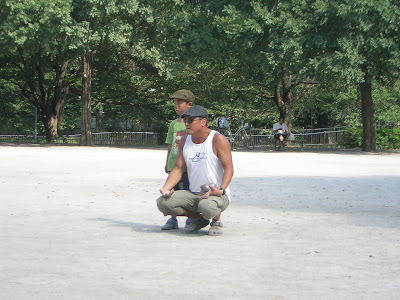 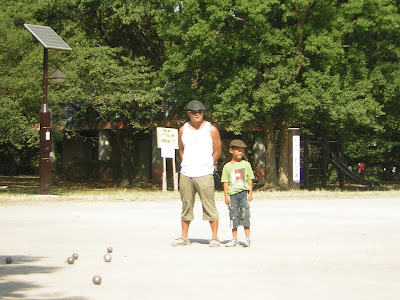 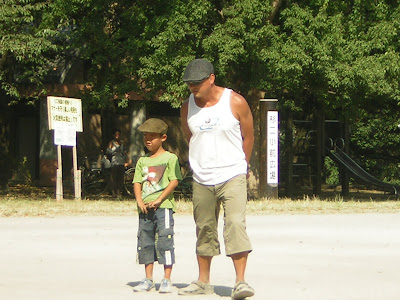 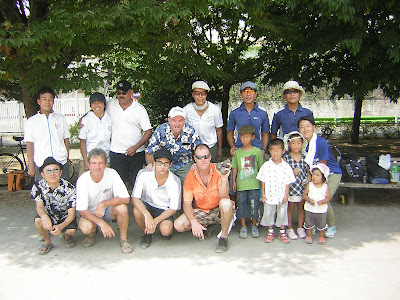 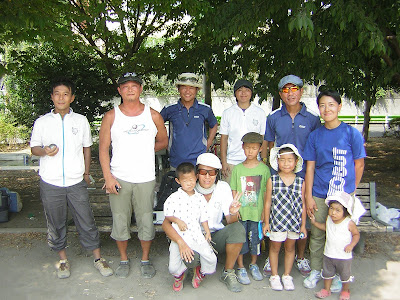 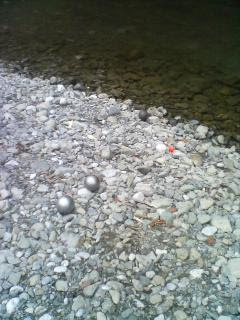 An excellent day chillin' out by the river at Okutama on Friday with a little swimming, floatie riding, boulles and brews.

The piste was very sandy a little away from the river but on the edge it was rocky with the river swallowing up any wayward or shot boulles. Thanks Bob and Steve, let's do it again lads! 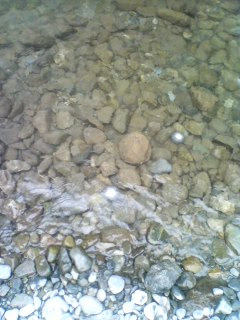 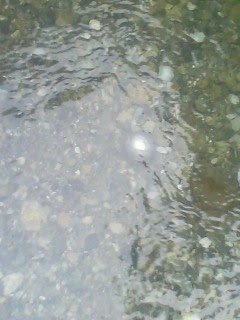 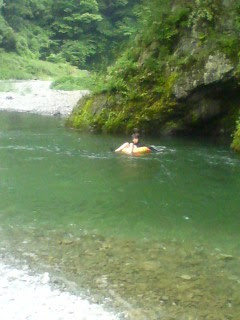 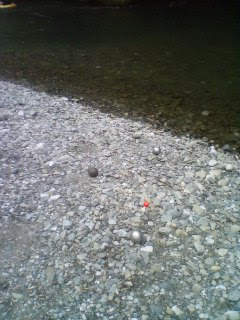 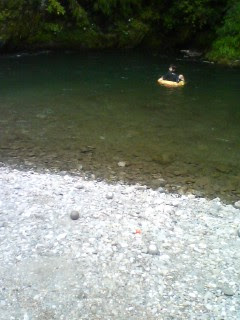 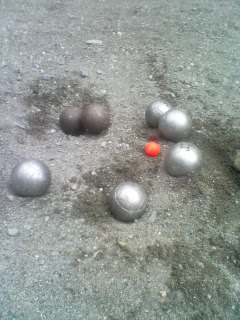 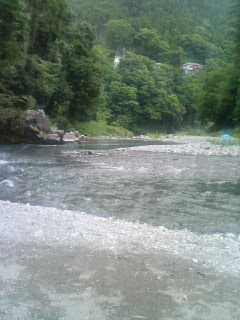 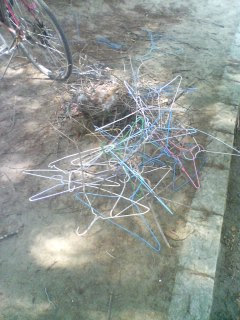 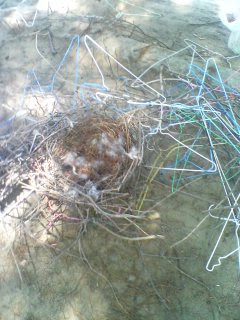 Sharp-eyed Steve recently spotted a crows nest high up one our beloved trees in the park. When he climbed up to investigate he found about 40 coat hangers nursing a well-made nest. Seem these crafty crows in Tokyo steal hangers and underwear to build their nests.

Watch your washing boys!
Posted by Greg at 1:08 PM No comments:

Petanque haiku from Don the poet ... 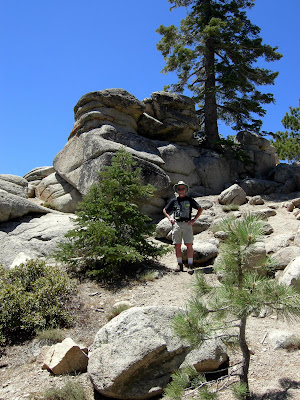 Feeling refreshed after a weekend of hiking in Idyllwild, Ca., and upon seeing HSPC has closed the gap in the TPL, I was inspired to compose some petanque haiku.


and one for the pervs


Congrats on tying things up,
Don
Posted by Greg at 12:27 PM No comments: 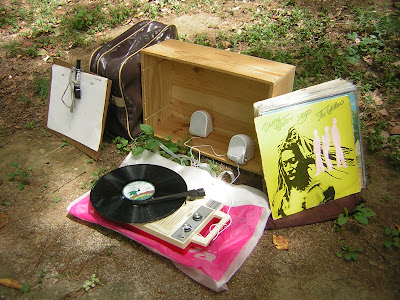 HSPC kept its Tokyo Petanque League title hopes alive when it defeated OBA 6-2 on Sunday, Aug. 9, at Toyama Park in Okubo. After splitting the first two games HSPC won the next four to seal victory.

Well done guys and a big thank you to the OBA crew for a fun day, fine spread and some nostalgic tunes on the record player.

Full results can be seen on the TPL website.
Posted by Greg at 4:55 PM No comments: 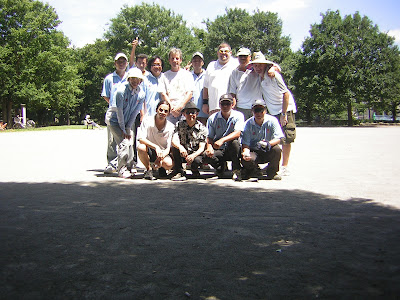 HSPC held defending champion Mon Soleil to a 4-4 tie in our Tokyo Petanque League clash on Sunday, July 17. After a flying start that saw HSPC take a 3-0 lead, the boys had visions of victory but some fine play by our opponents and a few strategy errors on our part left both teams deadlocked.

Despite the disappointment it was encouraging to hear all six HSPC players take responsibility and admit they could have played better. 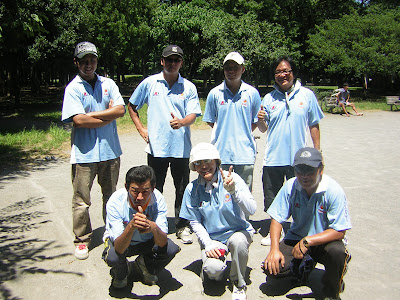 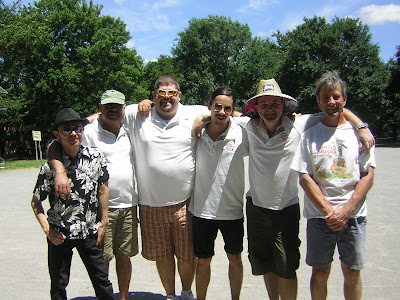 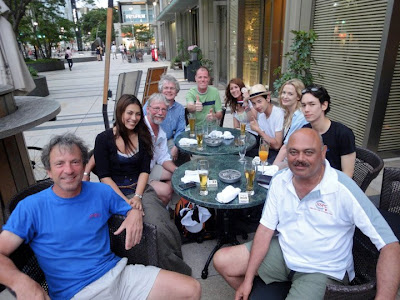 After a petanque marathon on Saturday, the boys of HSPC showed their mettle by turning out two teams for the 19th Japan Cup tournament, played on Sunday, June 20, in the shadow of Tokyo Midtown. Raj, Bill, and Francis formed one team, while Steve, Bob, and Don made up the other. It was a day of mixed results for the Himalayans. Raj, Bill, and Francis got off to a good start, winning their first game, but were then bogged down by exceedingly slow play in game two, where they eventually lost to the team that wound up winning the tournament. The painfully slow torture of that game two loss seemed to deflate the HSPC boys for a while, but they finally rallied to pull out a close win in their final game. Steve, Bob, and Don had better luck, winning five out of six games on the day and finishing third overall, which brought a prize of one bottle of Bordeaux for each of the three players--the kind of prize that HSPC takes to heart (and in the case of Don's bottle, almost immediately to the stomach).

The petanque was followed by a gathering at an outdoor pub in Roppongi attended by all the players (except Bill), Mike, and some special guests -- Francis' girlfriend Leigh, brother Alex, Layla, and Jamie. The pretty faces of the young ladies together with the pleasant breeze and cool glasses of beer (awanashi, of course) made it an evening to remember.
Posted by Greg at 2:48 PM 1 comment: